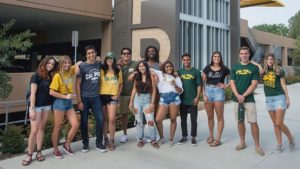 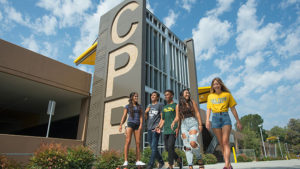 Cal Poly Pomona currently offers bachelor's degrees in 94 majors, 39 master's degrees, 13 teaching credentials and a doctorate across 9 distinct academic colleges. The university is one among a small group of polytechnic universities in the United States which tend to be primarily devoted to the instruction of technical arts and applied sciences.

Cal Poly Pomona is situated in Pomona, a largely suburban city that is part of the Los Angeles metropolitan area. The city of Pomona is located in the eastern portion of Los Angeles County and borders the neighboring county of San Bernardino to the east. The university's 1,725 acres (698 ha) campus make it the second largest in the California State University system.

Just behind Cal State Fullerton, the university has the second largest Business Administration major in the CSU with nearly 5,000 students. Its Hospitality program is the largest in the CSU and one of the largest in all of the US, with approximately 1,000 students enrolled. Overall, the university holds the fourth largest business college the CSU.

There are currently 26,455 undergraduate students enrolled at Cal Poly Pomona. Cal Poly Pomona is an ethnically and culturally diverse university, self-described as "Champions of Diversity", College Prowler states that "Cal Poly is the melting pot of the Cal States". Cal Poly Pomona has over 1,000 visa-bearing international students.

With an on-campus housing capacity of 3,519 students, Cal Poly Pomona has the fifth largest housing system in the California State University. In 2016, 39% of first-year students and 10% of all students live in college housing.

Cooperation between CPP and Risen

Great opportunity for undergraduate students seeking to head to the United States for their education. The project details are as follows:

Cooperation between US High Schools and Risen